She was a mother of six. She was addicted to drugs. She lived in a seedy motel on the wrong side of town. When Jamie Osuna killed Yvette Peña, his crime shaped the way her life would be remembered. But for the first time, Yvette’s family is telling her entire story. One that was tangled in tragedy long before she ever crossed paths with the man who would take her life.

“How did you feel being so young and being with somebody who did that, as a woman?”

Dozens of people have asked Olivia LaVoice variations of that question. They all want to know what it’s like to sit just feet across from a man who freely admitted to torturing a woman to death. This time, the question came from his ex-wife.

In 2017, LaVoice sent a jailhouse interview request to Osuna. She expected the usual “no” reply. Instead, the reply was a “yes.” It would be the first in a series of shocking responses she would get from Jamie Osuna. LaVoice went in with a plan, a set of questions intended to get a confession, but she got that admission before the camera was rolling. That left the young reporter to improvise, despite being shaken by the unexpected.

Osuna spoke candidly about his childhood, his mentality during Yvette’s murder and then he dropped a bomb.

He claimed to have committed two other murders. Was is another moment of truth, or was he hoping to get the attention of a reporter known for her coverage of local cold cases?

LaVoice took the few possible clues he gave her and attempted to connect them with some of Kern County’s coldest cases.

She also looked into Osuna’s fascination and kinship with the fictional Batman villain, the Joker.

This interview is the last time Jamie Osuna has talked to the press. This podcast is the first time parts of the interview have ever been shared with the public.

Osuna sent the following letters to the District attorney, except for the one with the rat photo.
That he sent to his wife Jane. 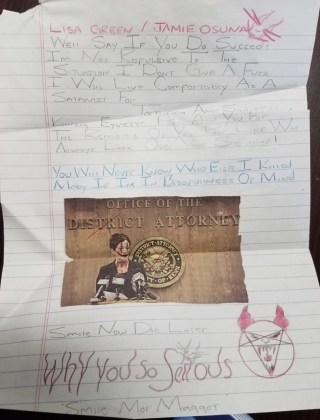 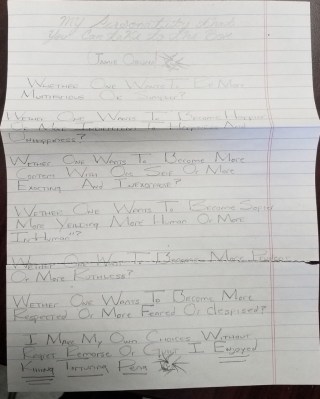 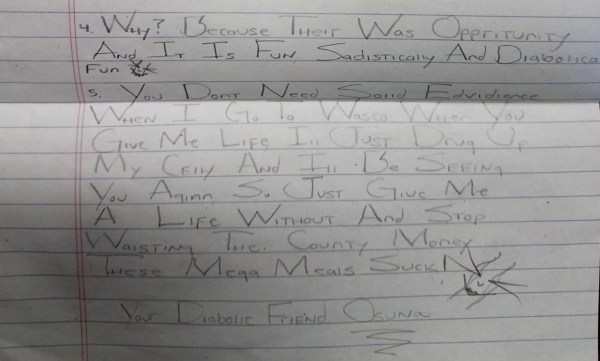 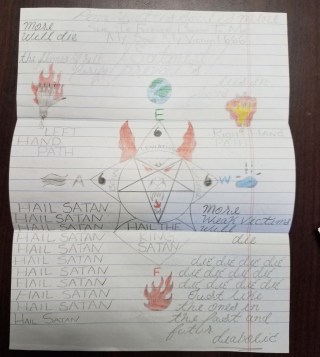 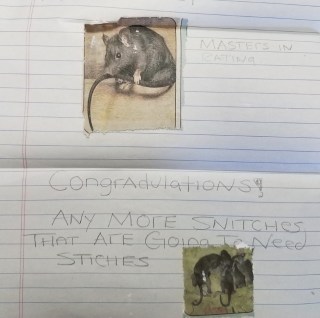 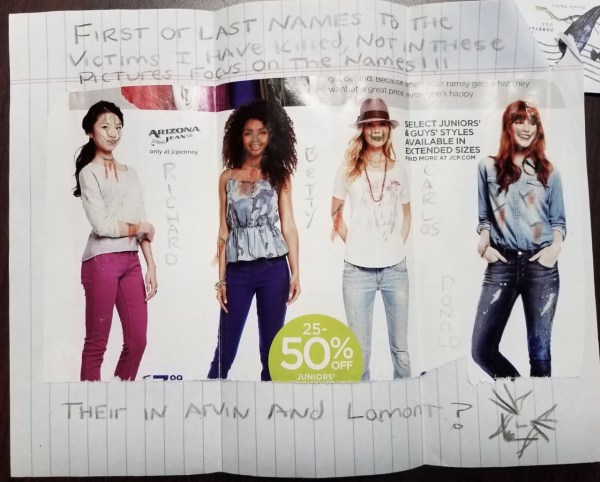