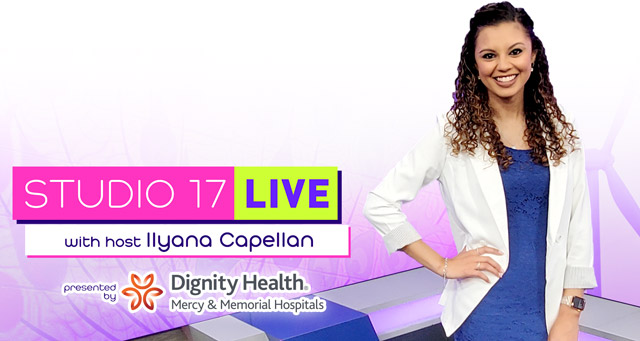 Studio 17’s Vanessa Dillon spoke to Chantal Trujillo, Partner at Rodriguez & Associates, about the aftermath of last week’s attack on the U.S. Capitol.

Bakersfield man arrested on suspicion of rape and torture

BAKERSFIELD, Calif. (KGET) -- A Bakersfield man who was released early for a prior crime has been arrested on suspicion of multiple offenses including rape, torture and mayhem, police said.

Jason Rodriguez, 36 was arrested Wednesday night in the 3300 block of California Avenue in connection with a sexual assault that occurred the day before, according to a Bakersfield Police Department news release. He was taken into custody without incident.

Making the announcement in a video shared to Twitter on Thursday morning, Roethlisberger thanked his fans and reminisced on his years of football. He sat alongside his family while announcing his retirement from the National Football League.

KCSO in standoff with man barricaded in C-train in Lamont

LAMONT, Calif. (KGET) -- The Kern County Sheriff's Office is in a standoff with a man who is inside of a C-train in Lamont.

Around 8:17 a.m. the sheriff's department was dispatched to Main Street near Segrue Road for reports of a man that has barricaded himself inside of a C-train, according to KCSO. Deputies said the man is possibly armed with a crowbar.

How is a new Supreme Court justice chosen?

Bud Light has a new zero-carb beer: Here's how it tastes

10 tax breaks you may be overlooking

Hundreds of dolphins ‘stampede’ along boat in SoCal