Woman dies after being struck by vehicle on Union Avenue

BAKERSFIELD, Calif. (KGET) — A woman died after being struck by a vehicle in central Bakersfield on Monday, according to the Bakersfield Police Department.

The crash happened at about 6:21 p.m. in the 1900 block of Union Avenue and 20th Street, near the Salvation Army thrift store. BPD said a preliminary investigation found the woman was in the roadway and did not use a crosswalk when she was hit. The woman was taken to a local hospital where she later died. The driver of the vehicle was not injured and remained at the scene. He is cooperating with the investigation.

BAKERSFIELD, Calif. (KGET) — The prosecutor in the deadly school shooting in Michigan said she’s not ruling out charges for school officials at Oxford High School.

The shooter, 15-year-old Ethan Crumbley, is charged with terrorism, first degree murder and other counts in the school shooting that killed 4 people and left several others wounded.

(KTLA) -- The cast of “Harry Potter” will reunite to celebrate the 20th anniversary of the beloved franchise’s first film, and HBO Max has released a "first look" teaser of the special.

Actors Daniel Radcliffe, Rupert Grint and Emma Watson will travel back to Hogwarts for the first time for the retrospective special "Harry Potter 20th Anniversary: Return to Hogwarts," which will drop at midnight on New Year’s Day on HBO Max.

Hwy. 46 widening project well under way in Lost Hills: Disruption in the name of traffic safety

As the Broadcast Ministry of Valley Baptist Church, Today's Walk features the teaching and preaching of Dr. Roger Spradlin, co-pastor for over 25 years of Valley Baptist in Bakersfield, California. Our broadcast ministry is not televangelism, it's simply a glimpse into our weekly worship services. 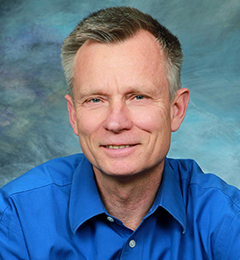